Half a century of serious and fruitful work developing additives to improve pavements. Since 1967. This is the historical know-how of Iterchimica, which has made the company an international benchmark. Opening its archives means having a first hand look at a piece of history of innovation. “We remain proud – says Gabriele Giannattasio – of our modest origins and we are happy to say that, despite our significant growth, our ideals remain unchanged. Commitment, capacity, reliability: these are the qualities that we instill in everything we do”. In summary, below are some significant milestones in Iterchimica’s development, dividing the fifty years of corporate life into various periods characterized by their inventions and technologies, with relative areas of diffusion, that made history in the field. Simultaneously, Iterchimica has always made headway with the production of different lines of additives for bitumen. Its “trademarks”: enthusiasm, imagination and operational strength.

The 1960s
Technology: Invention of cold mix asphalt for road maintenance, Anti stripping agents and emulsifiers
Name: System Iteroil, ITERLENE Where: Rapid expansion in the road companies all over Italy

1990s
Technology: Major contract with Enichem for the study and development of additives for the modification of bitumen, an innovation which was then in its early stages but later became a commonly used technology
Name: SBS / SV and derivatives
Where: San Donato (Milan)

2000-2010 Alongside Research
Activities: Polago Project, in collaboration with the University of Milan Bicocca
Technology: Development of an active rubber crumb to be used in road pavements

2010-2014s
Our presence abroad is strengthened in Romania, Canada, Venezuela. Thanks to the cooperation with many universities and research institutes, advanced products that make up Iterchimica’s portfolio of technologies have been developed. Despite the crisis affecting the road construction sector, the turnover grows and is consolidated at current levels.

2015–2021: New organization and five-year development plan. Development of a new graphene-enhanced additive
In 2015, the company reorganizes, including the arrival of Gamberale as a shareholder and chairman of the board of directors. With the appointment of Federica Giannattasio as the new CEO, a new five-year plan of growth and development begins, and a new organizational model, overseen by a supervisory body, and a Code of Ethics are adopted. In 2017 the patent for a graphene-based supermodifier named Gipave® is filed. This is the result of three-year research and collaboration with Directa Plus, the University of Milan-Bicocca and G.Eco. The product contains also a specific type of selected hard plastic which is normally not included in the standard recycling chain. Target of the research project: the improvement of the physical-mechanical behaviour of asphalt pavements subjected to high traffic such as highways, airports, interports, ports, etc. In September 2018, in collaboration with Metropolitan City of Rome and the University of Rome La Sapienza, Iterchimica tests the first section of road in the world with asphalt containing the graphene-enhanced supermodifier which, according to the first results, allows to improve the lifespan of the road by more than 250%. In 2019 the patented technology is tested on various road sections near Milan, Bergamo, in Oxfordshire (UK), at the intercontinental airport of Rome-Fiumicino and at the airport of Cagliari-Elmas. In the first half of 2020 Gipave® is also tested near Laimburg (BZ) and in Dartford (Kent – UK). In July 2020 Gipave was used for the reconstruction of the asphalt pavement of the new San Giorgio Bridge in Genoa, inaugurated on August 3rd. 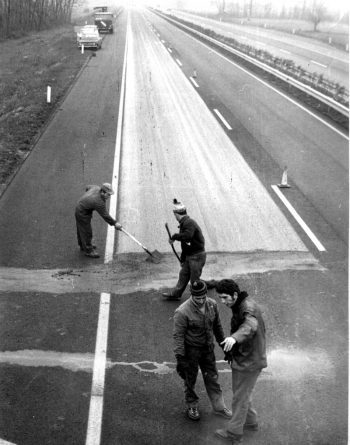 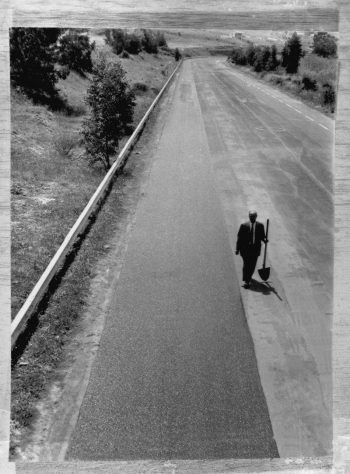 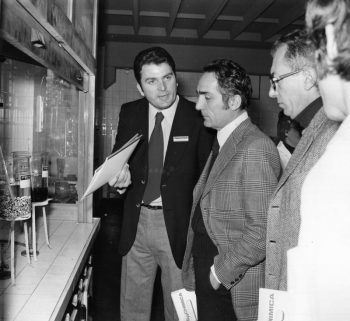 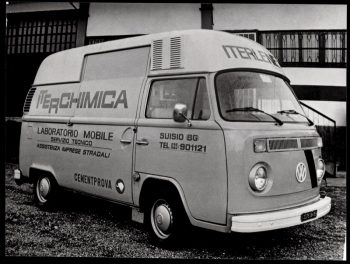